I love starting my day with a nice sweet breakfast.

Donuts, coffee cakes, french toast, cinnamon rolls.  You name it.  If it’s sweet, it’s got my name written all over it.

There is a breakfast place near my house that we go to a lot on Sunday mornings after church.  And my son always gets this amazing french toast that is crusted with Cap’n Crunch cereal and stuffed with bananas and strawberries and covered in a strawberry glaze.  It is sensational…..and I always ‘help’ him finish it.  😉

So I decided to recreate this at home, with a few substitutions.  I decided to stuff mine with Nutella.  I mean seriously, can you think of a better thing to stuff french toast with than Nutella?!? 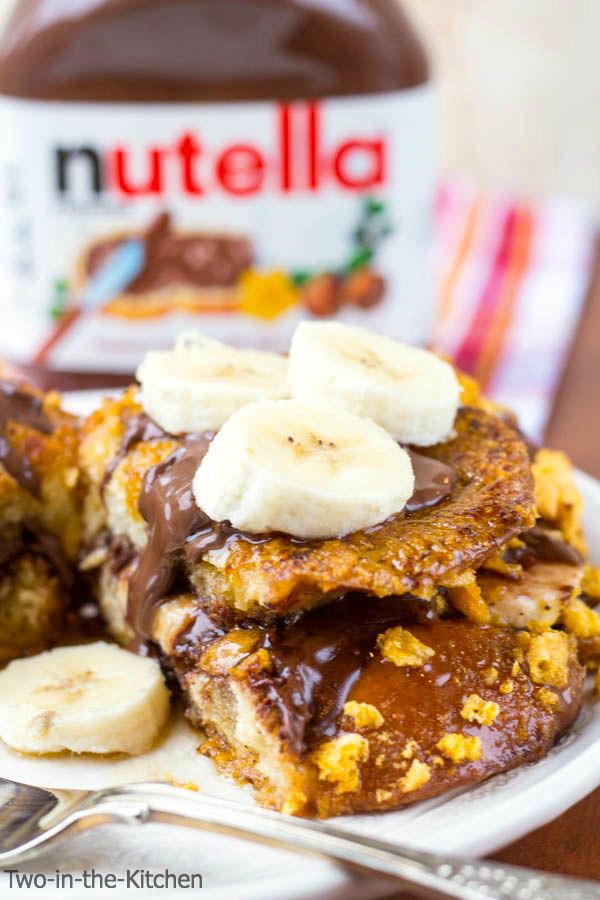 I used nice thick slices of Challah bread, spread it with Nutella and loaded it with banana slices, sandwiched it up and dipped it in a cinnamon egg mixture, crusted it with Cap’n Crunch pieces and seared it in a skillet. 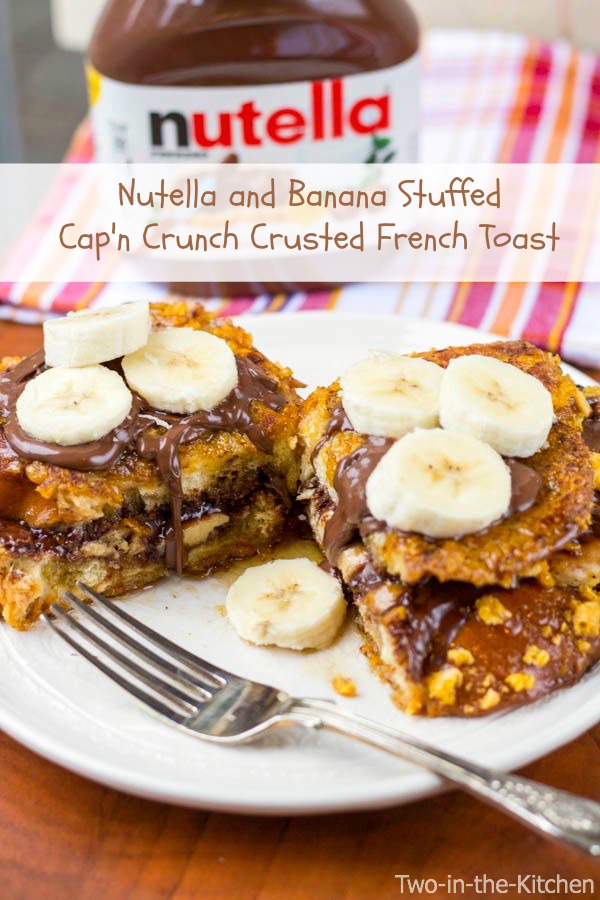 Now I honestly never eat Cap’n Crunch out of the box but let me tell you, when it is crusted on french toast, it gives a nice crunchy, sweet texture to the bread and it really goes perfectly with the Nutella and bananas.

And after doing a little research on line, even though I have never seen the episode, it looks like Guy Fieri’s show Diners, Drive ins, and Dives, has made Cap’n Crunch crusted french toast a phenomenon.  And after using it myself, I can see why! 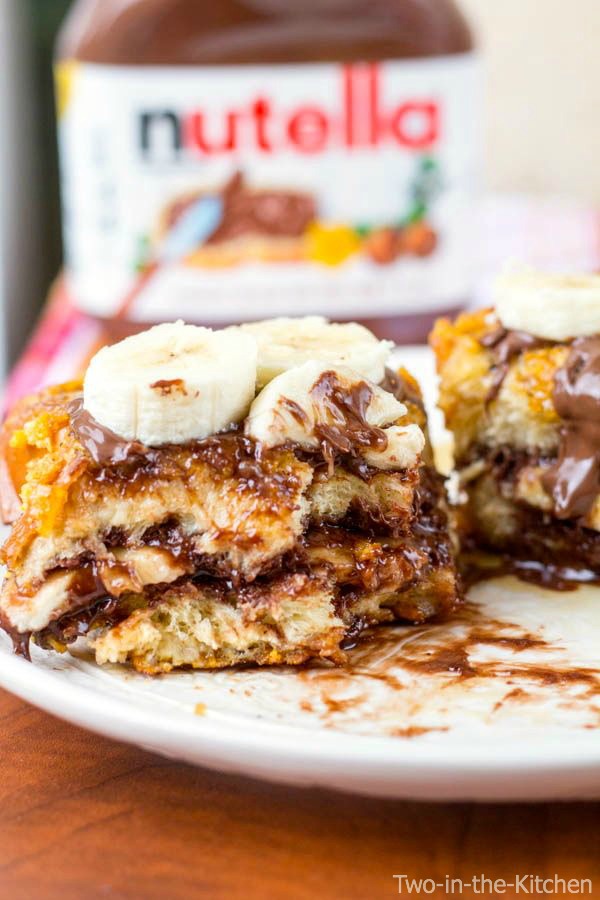 The result is a nice, textured and crunchy outside with a soft and gooey inside, loaded with Nutella and bananas.

Don’t you wish this plate was sitting in front of you now?

Well get to your kitchen and get crackin!!  This french toast is easy to assemble and yummy for your taste buds.  Enjoy!!  🙂

Try these other Breakfast Ideas: 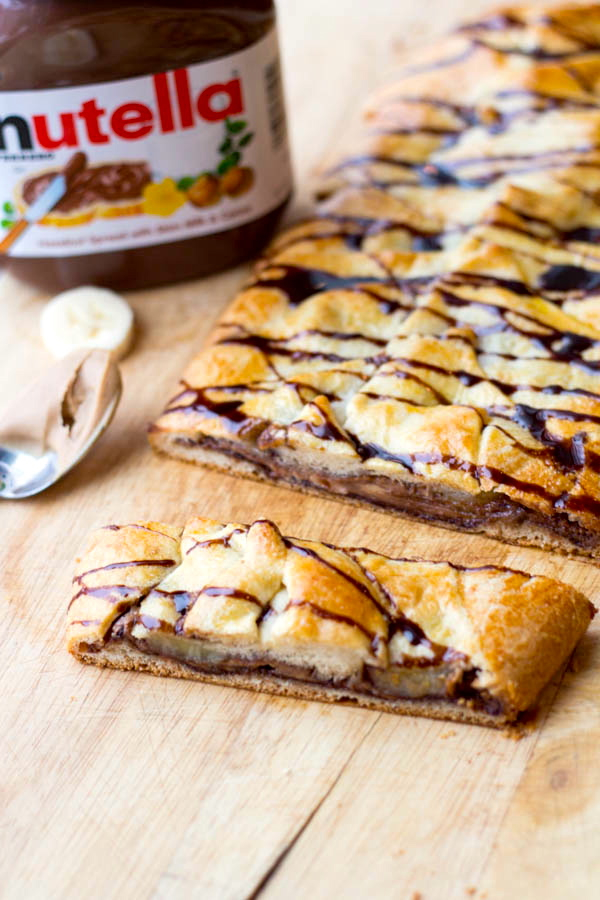 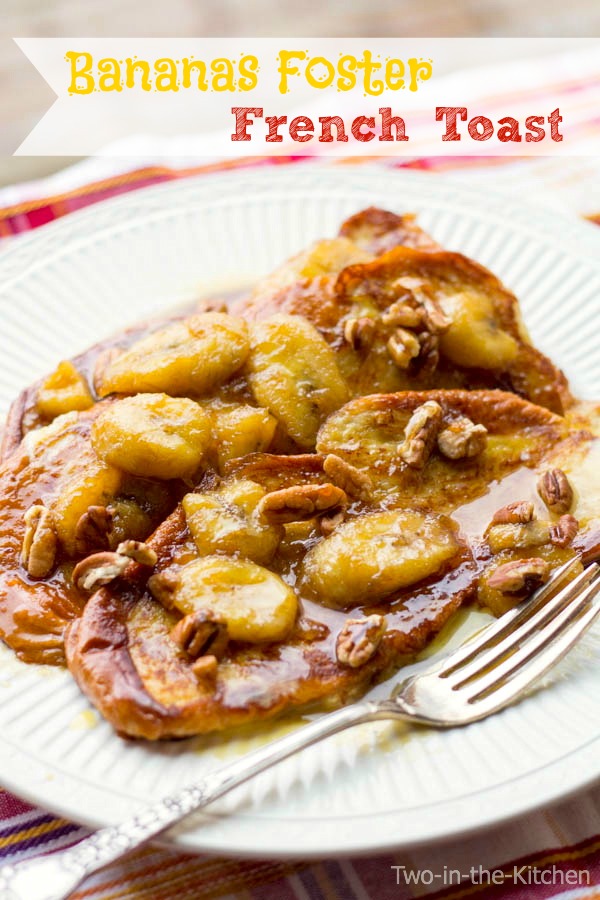