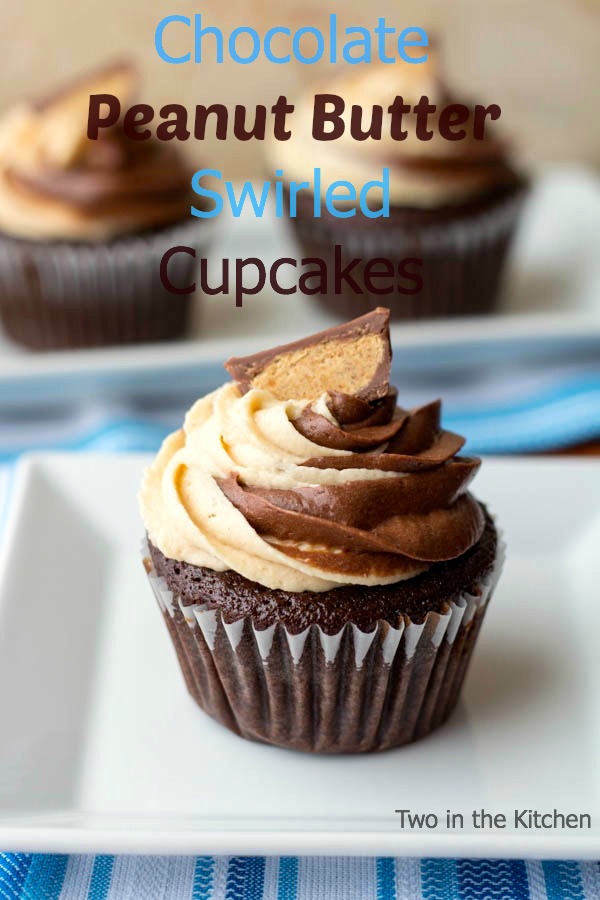 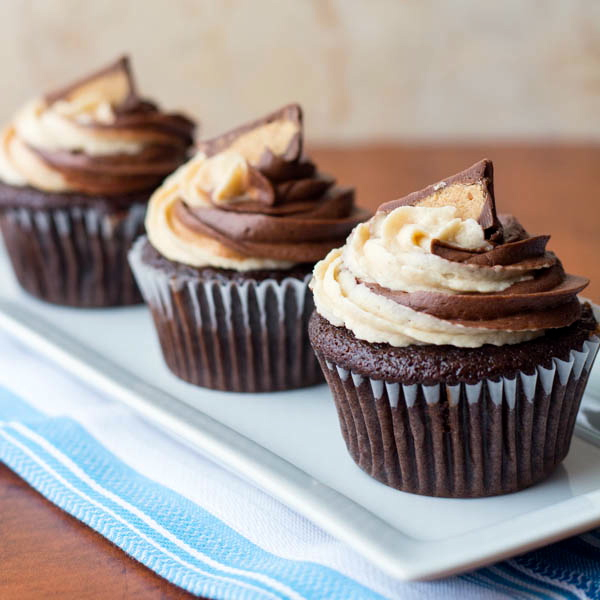 I have to tell you, I knew these would end up tasting great, but they really turned out even better than I expected.  The cupcakes themselves are perfectly moist and chocolatey.  And the swirled frosting on top is quite simply amazing.  The peanut butter frosting is made with cream cheese and coupled with the rich chocolate half is pure chocolate and peanut butter heaven.  The miniature peanut butter cup on top gives this cupcake a cute finishing touch. 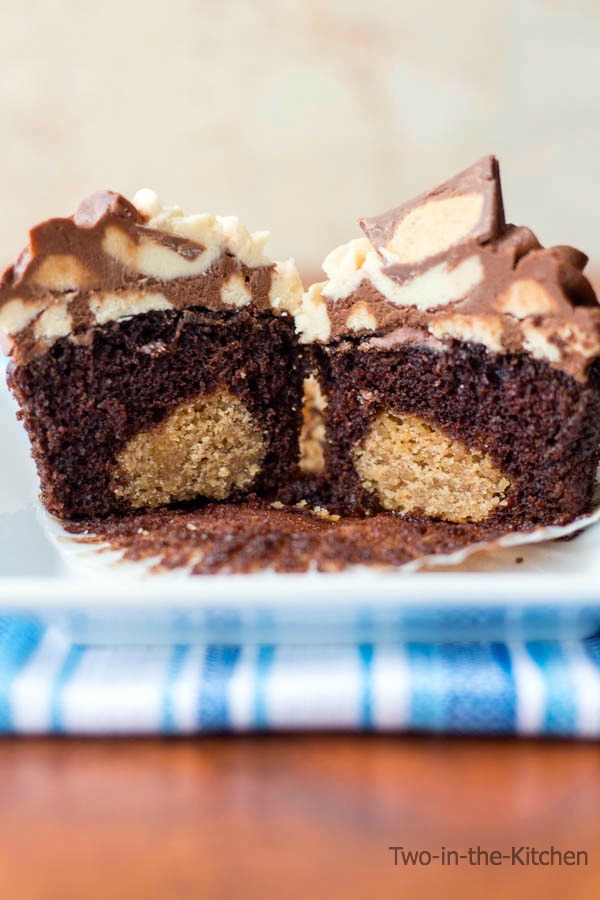 On the inside of the cupcake is a nice peanut buttery surprise!!  Now to be honest with you, I had intended to “swirl” the peanut butter filling with the chocolate cake batter.  But the filling was too thick to swirl….which confused me at first because this is the same filling I used in my peanut butter swirled brownies.  And the filling swirled perfectly then. 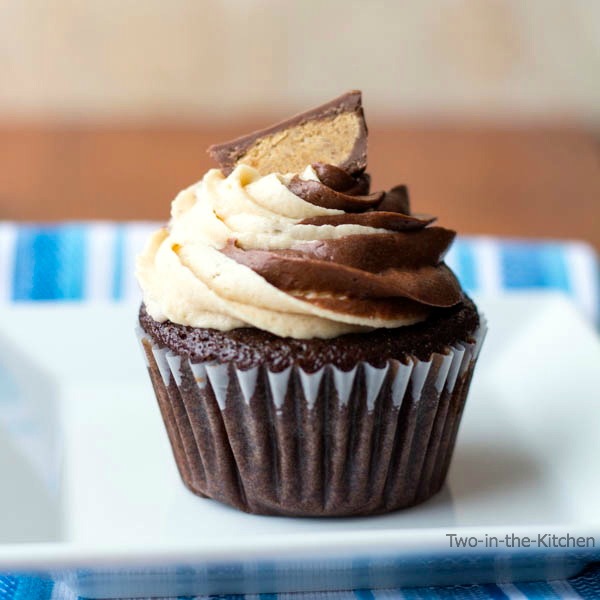 If you are a peanut butter and chocolate lover like I am, I promise you will flip over these cupcakes!!!

Follow my blog with Bloglovin and never miss a recipe!

Try some of these other chocolate and peanut butter creations. 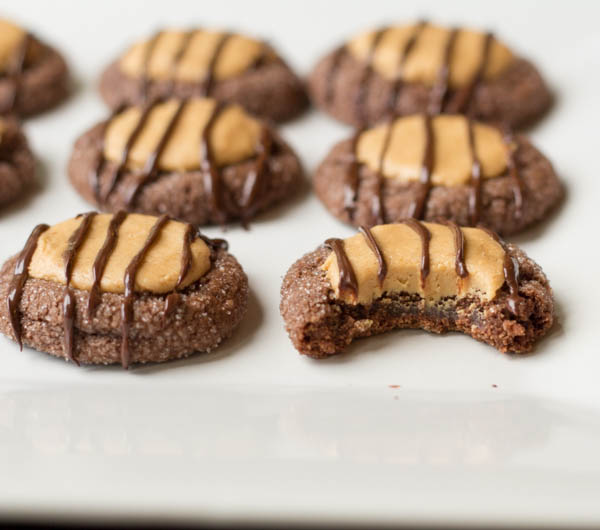 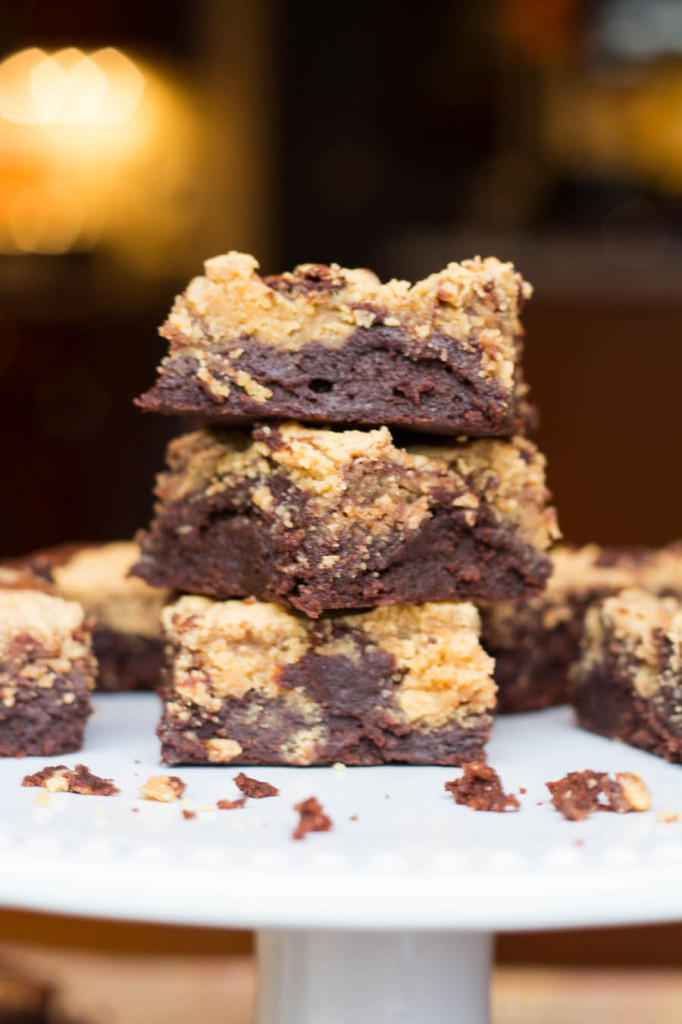 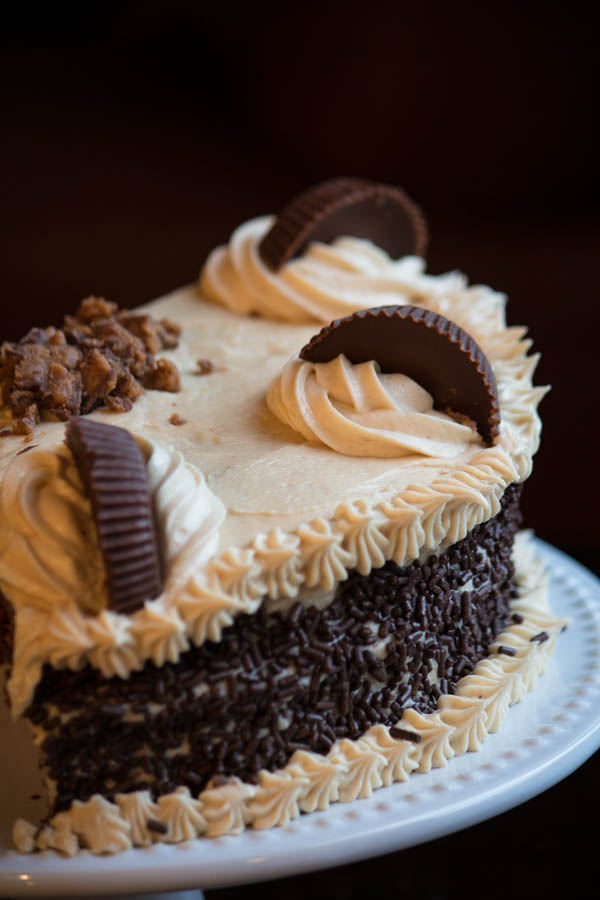